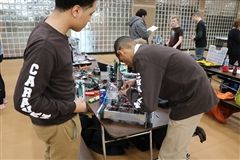 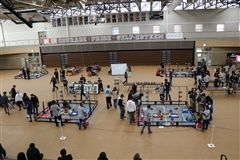 The Caravan Robotics team is moderated by Mr. Caribee Collier.

Through VEX Robotics Competition, teams of students are tasked with designing and building a robot to compete against other teams in an engineering challenge. STEM concepts are put to the test as students learn lifelong skills in teamwork, leadership, communications, and more.  Tournaments are held year-round at the regional, state, and national levels and culminate at the VEX Robotics World Championship each April.
In February 2020, our Robotics team won The Robotics Education & Competition (REC) Foundation Aerial
Drone (RAD) Competition Ace Award and will be competing in the RAD World Championship in Kentucky in April!
Back
Tweets by MountCarmelHS

Living with Zeal for God, for Life, for Learning